A few weeks back presenter Frances Tophill and the film crew travelled to Norfolk to meet with Derek, who at 97, is still gardening every day.

Derek is undoubtedly an inspiration to us all, and proof that gardening, fresh air and enjoyment in nature can keep you fit and youthful.

As a child and young woman Bridge was greatly inspired by her dad to become a horticulturalist, and later by the work and writings of several other gardeners including Geoff Hamilton, Beth Chatto and Carol Klein. Her extraordinary garden in Brighton is testament to the same passion and love of gardening that has driven Derek all his life.

Indeed on various visits from Norfolk, Derek has made his mark on the Garden House garden, not only in giving sage and welcomed advice, but also contributing hands on work, including the laying of a pebble mosaic on the top courtyard garden just a few years ago!

When wrapping up the programme, Monty even dedicated the Weeks Tasks to Derek thank you Monty! 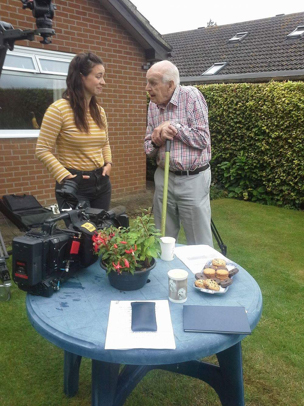 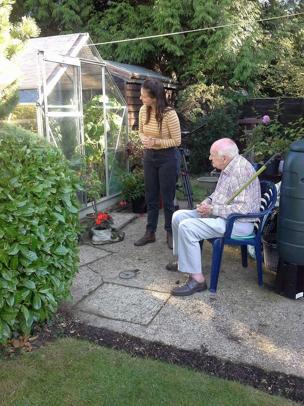 Derek in his gardeners garden! 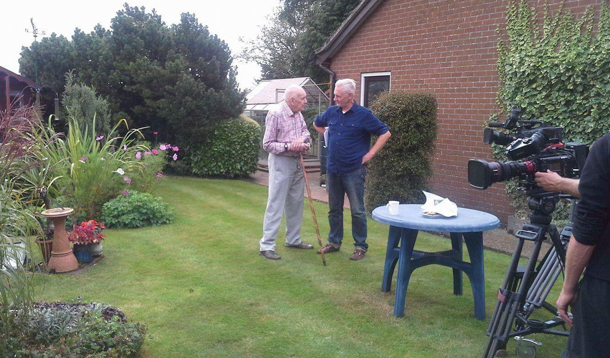 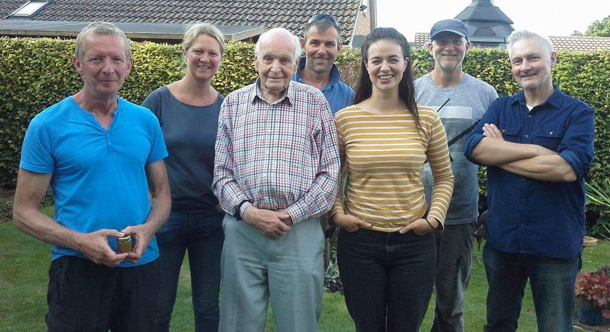